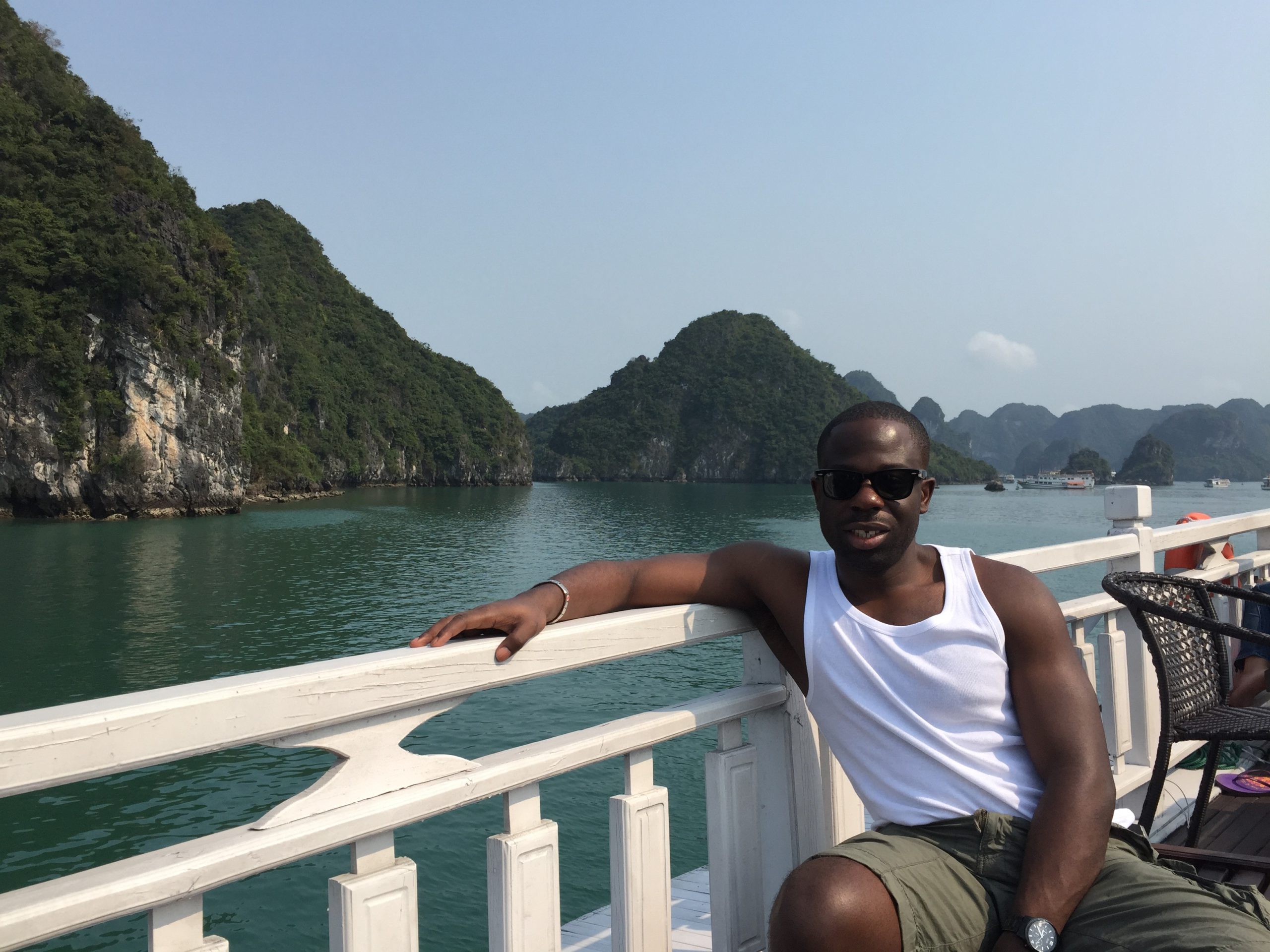 The alarm went off at 6:30 am, my eyes opened but I wasn’t ready to move. At home it normally takes me an hour to get out of bed. I was keen to hide the discomfort from Jo because A; I really wanted to go and B; I didn’t want her worrying. Our pick up arrived at 8:00 am and involved a four hour drive in a mini bus, in the blistering heat of 33, plus I was sitting next to Jo (lucky me).

We arrived at the port around 12:45, from here we took a small boat to the larger boat that we were going to be staying on over night. The room was decent for a boat, but in the back of my mind I was dreading the room, the last time I stayed on boat with Jo in Brazil it was an experience I wouldn’t repeat! But I couldn’t fault her on this one. Once we we dropped our belongings in our room lunch was served and it was a feast fit for a king, me.

After lunch we arrived at our first stop at Sung Sot cave. Sung Sot cave means Surprised Cave or Amazing Cave is on Bo Hon Island and is one of the most spectacular and largest grottoes of Ha Long Bay. The mouth of the grotto is reached by climbing about a hundred stone steps!!!!

Sung Sot cave covers some 10,000 m2. There are thousands of stalactites and stalagmites along the 500-meter paved passage. Light posts line the passage and illuminate the amazing scenery. Spotlights of varied colors are placed in such a way to be further bring the cave to life.

The cave is also famous for one of it’s interesting shaped rocks. I will leave you to work out what it looks like.

The second stop was to a beautiful beach; there are various islands in Ha Long Bay. Instead of sunbathing or going swimming because I can’t, I decided to climb to the top of the island. My rationale for doing the climb was to really test these knees  (I know, I am meant to be relaxing), I wanted to see if I could get to the top of the island. The climb was over 400 steps. Alex decided to give the climb a miss so it was just myself and Jo. We embarked on this mountainous climb and after 10 steps I felt done! But I pushed on LOL, well in my head I thought so. Can I use LOL if I laughed in my  head? LIMH-new acronym??? Anyway back to the climb, we got to half way up and took a 10 minute break and then continued to the top. Boy was it worth it, the view was breath taking.

I took in the view and then thought shit I have to go back down! I wondered whether Jo could carry me???? Don’t worry I made it down in time to catch the boat.

The final stop was another island where again you had the option to sunbathe or do some kayaking. Surprisingly I picked to do the later, writing this blog I am realising what a bloody active holiday this is! Last time I went out on a kayak was in Brazil and within 10 minutes I returned as I didn’t feel comfortable being at sea and not being able to swim.  This time I thought fuck it, I jumped in the kayak almost capsising it, but this time I felt more at one with the ocean and…. who I am lying to? It didn’t feel better until my feet where on firm land. The only bonus was it was a leisurely experience as Jo was doing most of the work and I was taking in most of the scenery. It had been pointed out to me by Alex several times that I was not travelling and was on holiday.

When we arrived back on the boat we had some time in our room to freshen up and get ready for dinner. Then we were given a master class in making some traditional Vietnamese spring rolls and of course I was amazing!

After dinner we had few cocktails and tried our hands at some squid fishing. I am afraid to say I didn’t catch any squid! 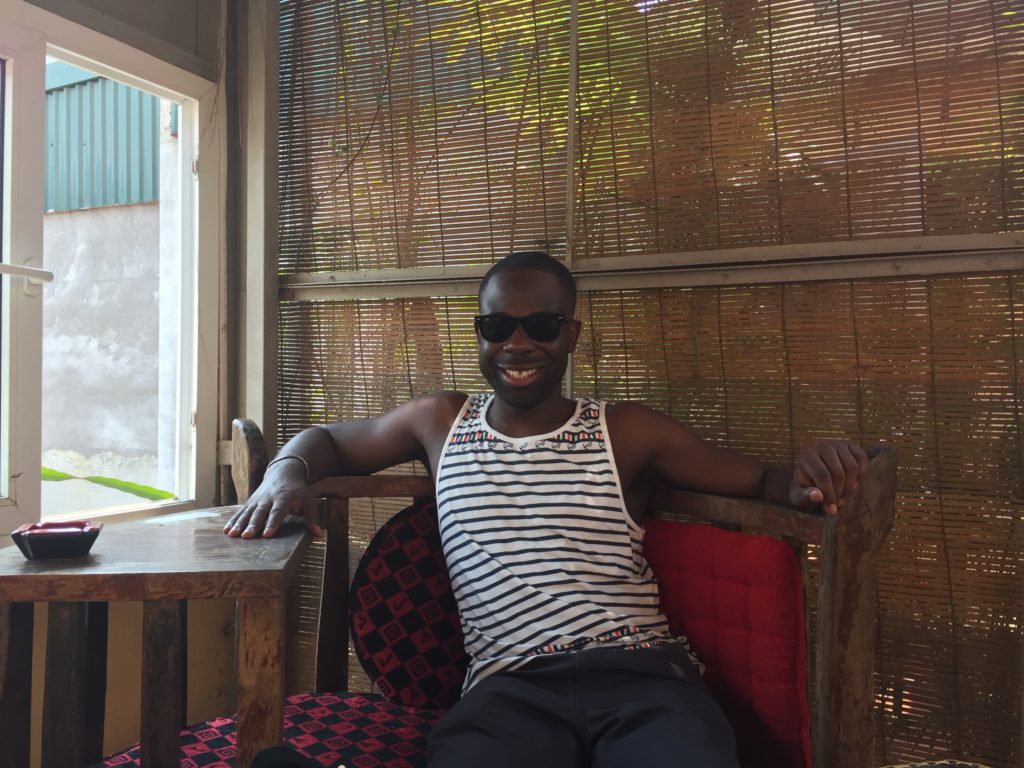 After 16 hours of flying, arguing with doctors, flight attendants and having an attack at 35000 ft in the sky I 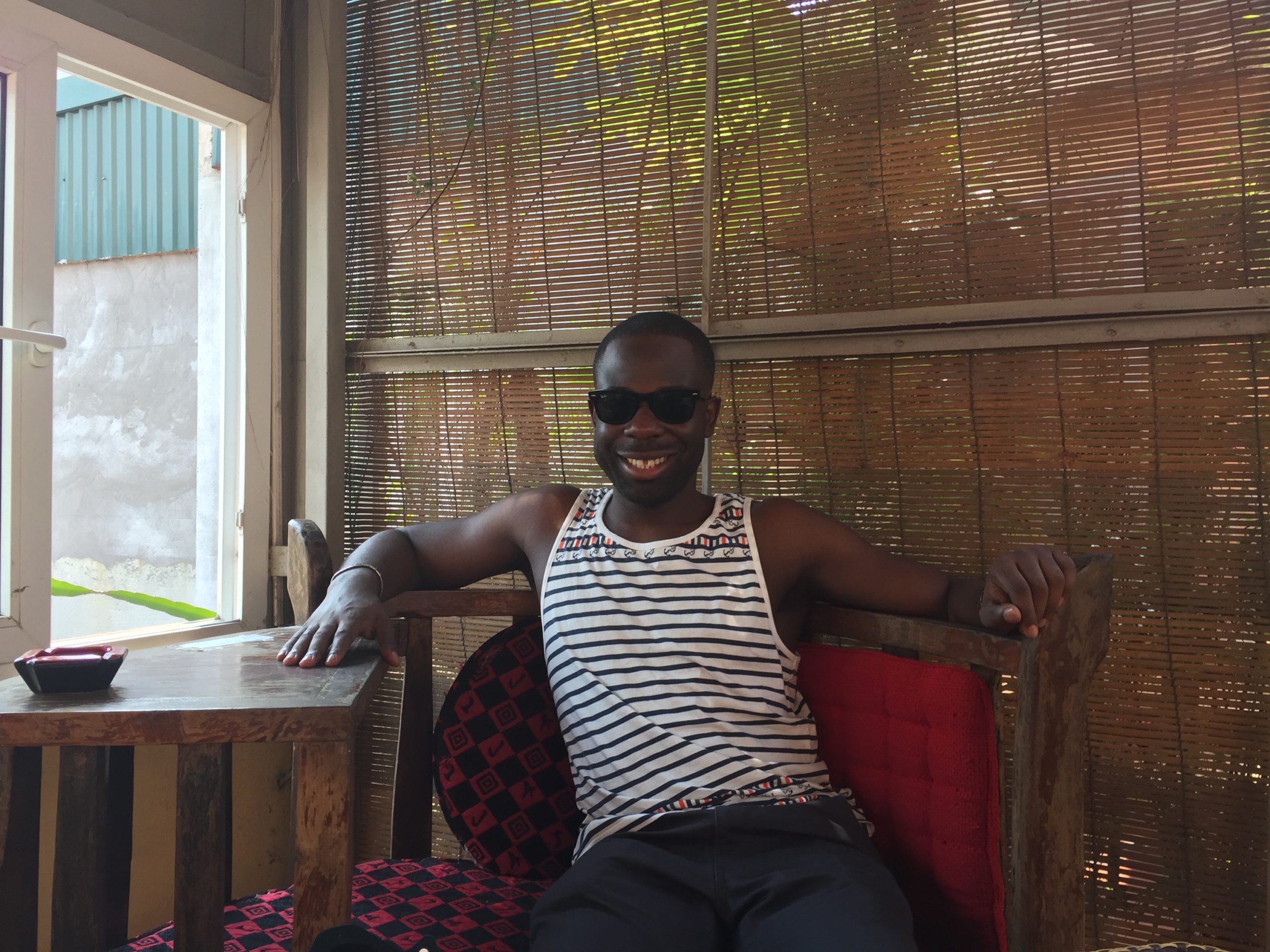 After 16 hours of flying, arguing with doctors, flight attendants and having an attack at 35000 ft in the sky I finally made it to Vietnam in one piece. As I mentioned earlier I was really looking forward to this holiday as it would give me time to think about what the  consultant said and process it.

As I was coming off the plane I was greeted by an employee of Qatar airlines who took me to get luggage my in wheelchair. Once I had collect my stuff I was then greeted by “The Nottage”. I thought it would be a bigger greeting but i think she was more  concerned as to why i was in a wheelchair. I explained that I just didn’t  want to do  anything that made my knees flair up, plus i get to jump queues. It was really good to see her as it has been three months. For me she inbodies what a true friend is! She has always been there for me in my time of need and has helped me become a better a person. We actually went to the same secondary school but never spoke to each that much, we started speaking when be both became teachers at the same school. Since then we have become great friends. Everything I have been through over the last two years she has been one of the rocks, she helps to see there is light at the end of the tunnel. I think she also stops Sheri from killing me!!!!!

Right off to the hostel we go let the fun and games begin. We got a taxi from the airport as we left the hotel the sun hit me, the temperature was 30C (yep I am going to get a tan, I am going to come home glowing). The hostel was about a 30 minute drive from the airport, on arrival I was astonished about the amount of mopeds on the road. Crossing the road was very changeling, Jo said; “It’s best to try not to stop and continue walking at a slow pace” it was basically playing chicken with the cars and mopeds!
After settling down in the hostel and having a shower myself, Jo and and Alex (Jo’s traveling buddy) went out for dinner. At dinner we decided to have a snake shot, now I would normally say no but I thought when in Rome, do as romans do.

The shot was strong as hell. After dinner we went for a few cocktails, I do like a good cocktail, to be honest I was surprised I was still awake. We headed back to the hostel as we had a long day ahead we were visiting Ha Long Bay. 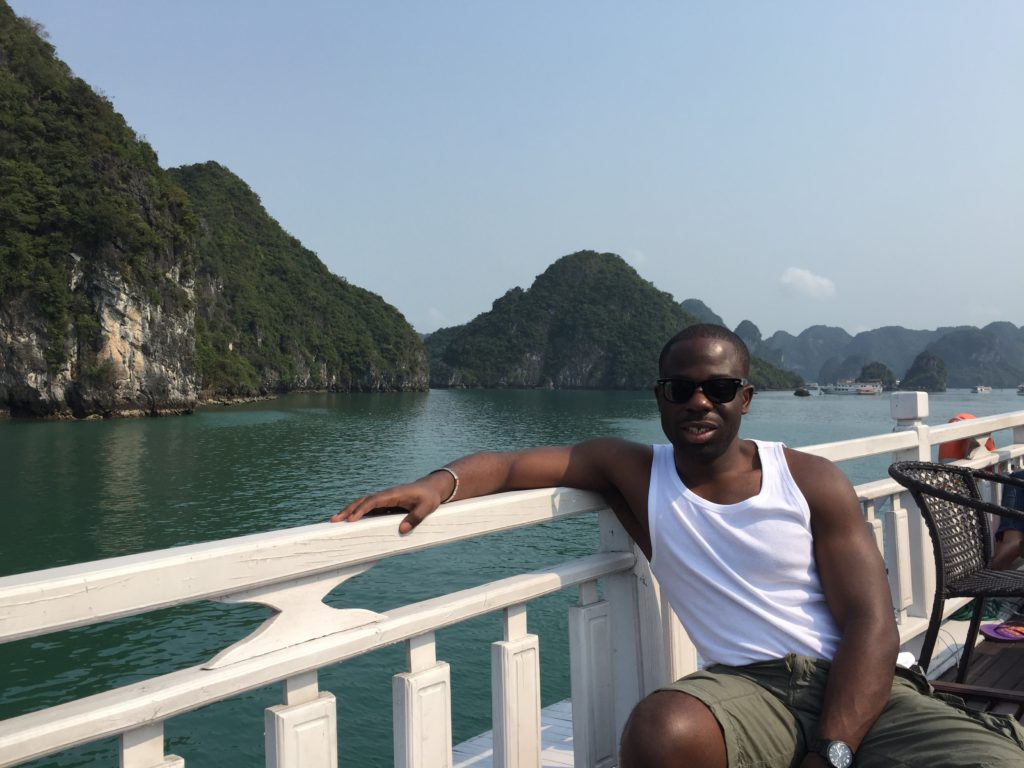 The alarm went off at 6:30 am, my eyes opened but I wasn’t ready to move. At home it normally